Back in 2005 Gregor Smith found an eerie resemblance between Japan´s Phillips Curve (inflation and minus the unemployment rate). Seven  years on, if anything, the resemblance has increased! 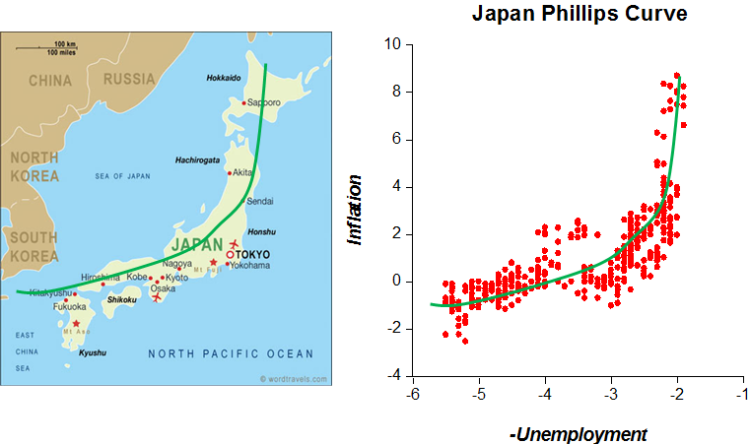 Update: Given Chile´s very distinct geographical shape, I thought of running the “experiment” with Chilean inflation and unemployment data. Chile´s Phillips Curve is just as ‘steep’ as the country´s contour, and also wiggles to the right at the bottom! 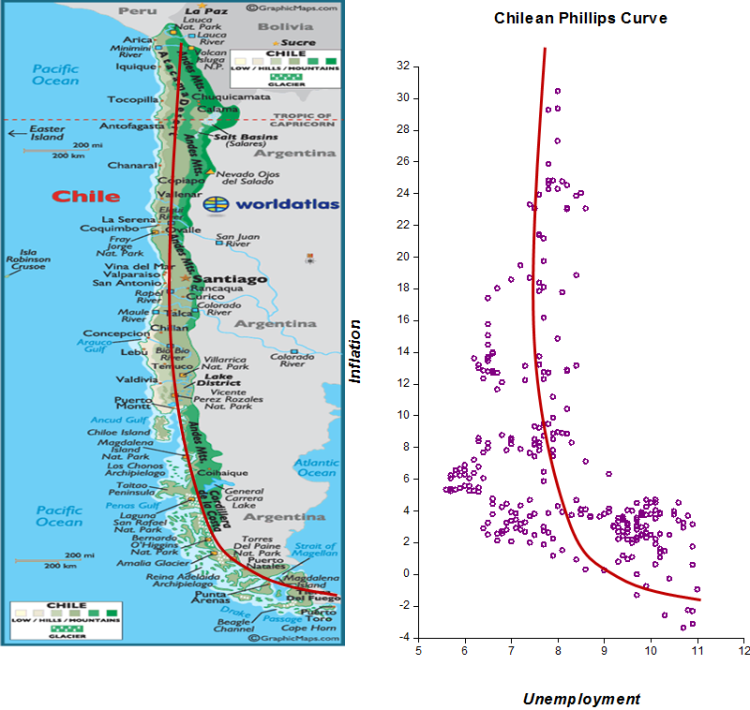 Update 2: Amazingly, it also works out quite well for the US!

4 thoughts on “Seven years on things still look the same”