It is the case, instead, of not missing the trees for the forest. The case for core inflation, for example, is well established, but not always understood. The charts below show that sometimes the qualitative information given by “trees & forests” or core and headline rates is the same, but at other times, “trees & forests” look very different.  In 2007-08, the Fed took drastic and wrong actions because it only looked at the “forest” and missed the “health of the trees”.

The next chart shows the effect of the “sudden drop shock” brought on by Covid19. With economic activity “dumped”, temporary lay-offs skyrocketed.

The chart below shows that for most of the time, headline & core unemployment gave out the same information about unemployment. 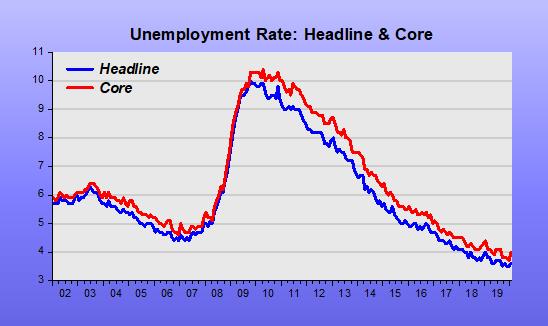 Since the Covid19 “sudden drop shock”, however, they diverge “majestically”.

The underlying or core unemployment trend trend reversed direction in July. Hopefully this reversal will be confirmed with the data for August.