Bottom Line: World industrial output and world merchandise trade both reached new record monthly highs in October. The volumes of world output and trade are now both solidly above their previous peaks during the early months of the global slowdown in 2008 (by 10.1% and 7.2% respectively), suggesting that the global economy has now made a complete recovery from the 2008-2009 economic slowdown.

Not quite. In the case of world industrial production it seems to have gotten stuck at a permanently lower (parallel) trend level. 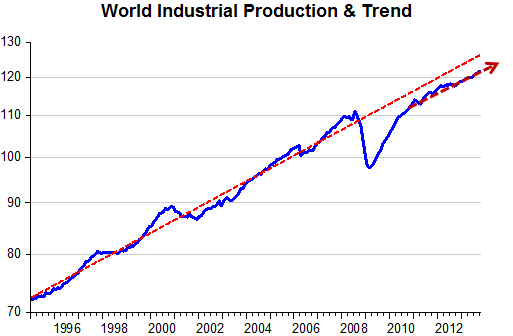 In the case of the world trade volume, it is distancing from the previous trend, with a much reduced level (and growth rate) of trade suggesting the world economy is still mired in a depressed state! 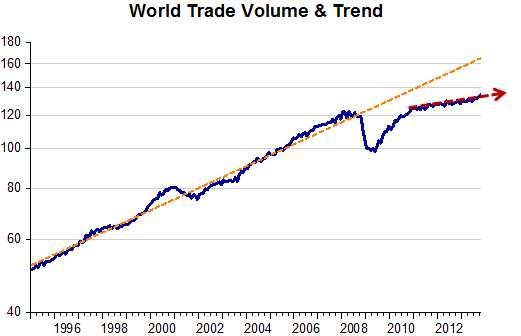 One thought on “The previous peak is not the appropriate benchmark”