India and Brazil, among some other countries, are seeing their exchange rates balloon. But why, for example, isn´t Mexico in the same straits? The “taper talk” that began in May had a “tornado effect” in some places, specifically in those countries who´s defenses were “weak”, while having only a very minor effect on countries, like Mexico, who were better “dressed up”.

The table below provides some popular indicators (latest data):

So it´s not surprising to observe these outcomes for the exchange rate and credit default swaps (CDS) (India CDS was quoted at 230 in January and has climbed to 370 now): 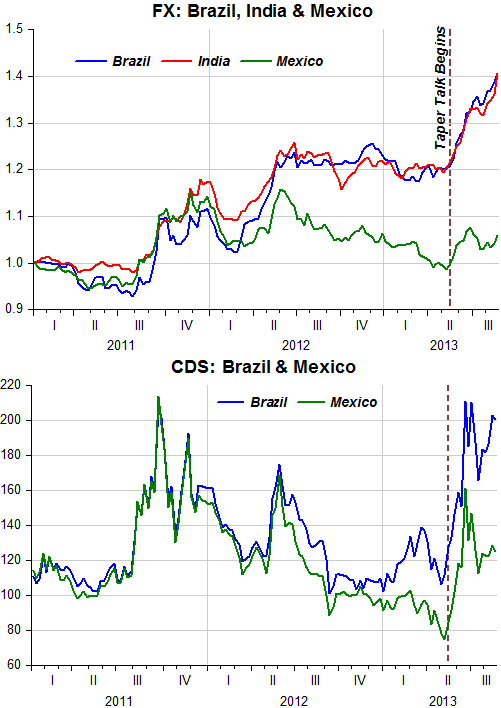 One difference that seems to matter is that while Mexico (despite registering the lowest gowth among the three countries) late last year ushered in a reform-minded government, the other two are on the run-up to elections next year. To politicians that means “don´t rock the boat” and if at all possible let´s hand out more “goodies and freebies”!