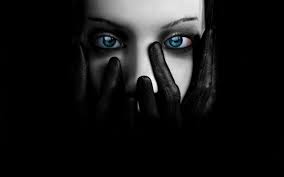 I found the musings of Jay Picerno over at The Capital Spectator interesting:

“None of the U.S. expansions of the past 40 years died in bed of old age,” MIT economics professor Rudiger Dornbusch famously observed in 1997. “Every one was murdered by the Federal Reserve.” Researchers tend to agree, as shown by numerous studies that link inverted yield curves with economic contractions. But does the history of the business cycle and monetary policy in the decades prior to the Great Recession of 2008-2009 still resonate today? In other words, what are the odds that the next recession will be a byproduct of monetary policy decisions, intentional or otherwise?

I’ve been running such questions around in my head for a while, pondering why and how the business cycle could make another trip to the dark side. There’s minimal risk on that front at the moment, as last week’s review of indicators suggest. But assuming that the business cycle hasn’t been repealed (a reasonable assumption, to say the least), we’ll see another downturn one day. But given the Fed’s extraordinary efforts of late in keeping that risk to a minimum, is the probability of a new recession lower than it might otherwise be?

All of which brings us down to the real question: Can we have a recession if the Fed is keenly focused on keeping one at bay? No one really knows the answer, in part because the Fed has often been a key factor, perhaps the leading factor, in causing recessions. But this time really could be different.

I find it interesting because to my mind they are looking in the ‘wrong direction’. The economy is in a depression, so what he´s wondering is if we´re going to go in deeper! The real worry should be “when will we go back to a ‘decent’ level of economic activity”?

The parallels with the 1930s are striking. In early 1933, when he took office FDR was clearly worried about getting the economy back to a higher level. To that end he proposed targeting the price level (take it back to the 1929 level). The economy, which had fallen much deeper than today, reacted, but in 1937 monetary policy again threw the economy down the chute.

So what JP is worried about is if we´re going to have a repeat of 1937.Sometimes, given the talk about ‘tapering’, the worries about inflation ‘taking off’, or how ‘unconventional’ monetary policy is generating ‘uncertainty’, I get worried. And in six months’ time it´s almost certain that a new Fed Chair will take over…

The charts below illustrate the parallels. Note that in the 1930s the effort made to get the economy back to trend was much greater. Today we seem ‘content’ with what we have and even call it the “new normal”!