I was a bit surprised by this headline. “Jobless claims jump in warning sign for labor market”

(Reuters) – The number of Americans filing new claims for unemployment benefits climbed last week at the fastest pace in six months, a worrisome sign for the economy which has been hit by government austerity.

But you don´t get that feeling from looking at the data. The weekly data is noisy (full of ‘winkles’), even if you smooth it by a 4-week moving average. The important thing to observe is that the trend remains pointing down. 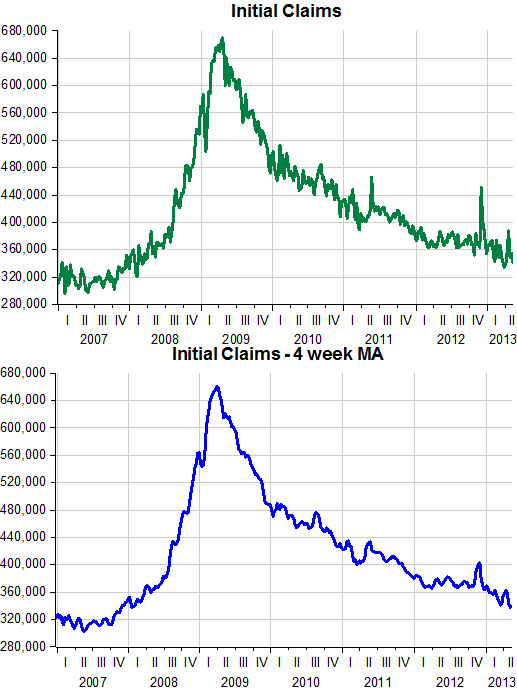 And the downtrend also remains in the continuing claims data, which indicates the number of people receiving unemployment insurance.

So, despite the headline ‘scare’, there´s still no evidence of a negative impact of ‘austerity’.

On the other data release, if anything, the story told by today´s CPI inflation report is that the Fed is still too timid and that all the talk about reigning in bond purchases is ludicrous, although it would be better and more effective if Bernanke followed Christy Romer´s suggestion and proposed a regime shift. 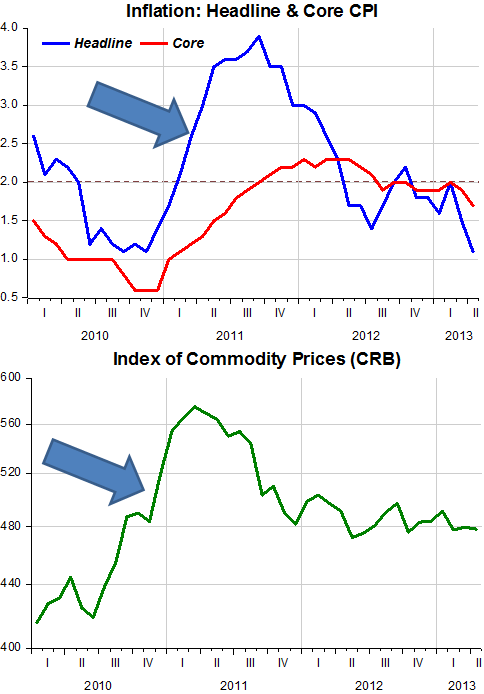 One thought on “Another data point”