Martin Feldstein, former Reagan CEA Chair, former president of the NBER and Harvard professor had this to say recently:

CAMBRIDGE – The United States Federal Reserve’s recent announcement that it will extend its “Operation Twist” by buying an additional $267 billion of long-term Treasury bonds over the next six months – to reach a total of $667 billion this year – had virtually no impact on either interest rates or equity prices. The market’s lack of response was an important indicator that monetary easing is no longer a useful tool for increasing economic activity. 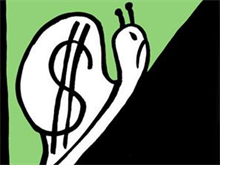 The Fed has repeatedly said that it will do whatever it can to stimulate growth. This led to a plan to keep short-term interest rates near zero until late 2014, as well as to massive quantitative easing, followed by Operation Twist, in which the Fed substitutes short-term Treasuries for long-term bonds.

These policies did succeed in lowering long-term interest rates. The yield on ten-year Treasuries is now 1.6%, down from 3.4% at the start of 2011. Although it is difficult to know how much of this decline reflected higher demand for Treasury bonds from risk-averse global investors, the Fed’s policies undoubtedly deserve some of the credit. The lower long-term interest rates contributed to the small 4% rise in the S&P 500 share-price index over the same period.

1)      The markets lack of response was an important indicator that there´s been NO monetary easing.

2)      Exactly because they succeeded in lowering long-term interest rates, the policies are perceived as innocuous.