The last part of Bernanke´s second lecture to GWU students began to cover the so called financial crisis period. As has become conventional – partly because it absolves the Fed of major errors – we get the housing-bubble-turned-financial-crisis-and-deep-recession causal time line!

It is important to distinguish between triggers and vulnerabilities:

–The decline in house prices and the associated mortgage losses were key triggers of the crisis.

–The effects of those triggers were amplified by vulnerabilities in the economy and financial system.

And goes on to detail private sector and public sector vulnerabilities. There´s absolutely no mention of the Fed´s conduct of monetary policy during this time (except to argue (and here I personally agree) that interest rates “too low for too long” during 2002-04 did not have a significant influence on the house bubble).

The charts below depict a different story.

The first chart indicates that the rise in delinquency is directly related to house price behavior. Initially house prices stayed flat close to the peak level. Delinquencies began to rise very gently. House prices began a steep drop around March 2007 as soon as troubles began to show up in mortgage financial institutions. 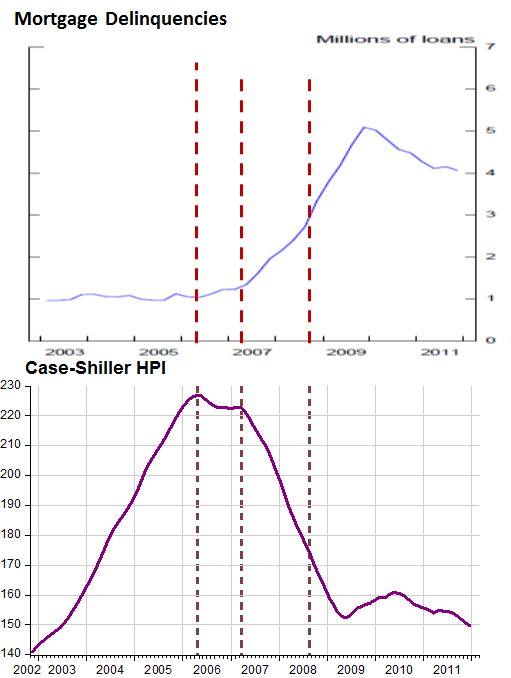 For example, on February 27 Freddie Mac announces that it will no longer buy the most risky subprime mortgage-related securities. On April 2 New Century Financial, a leading subprime mortgage lender, files for Chapter 11 bankruptcy protection. 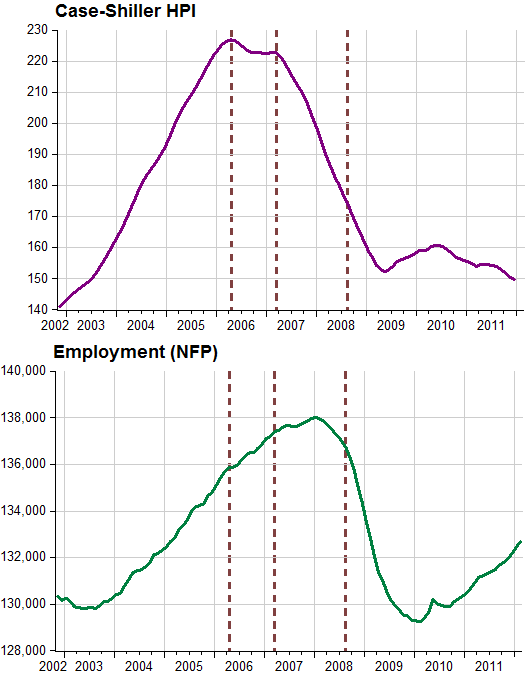 What´s going on? The next chart provides an explanation. The point at which everything “melts” coincides with the moment that NGDP (and expectations of spending growth) tanks. Imagine a counterfactual where the Fed had managed to keep spending along a path such as A on the chart. Most likely the “Great Recession” or, more appropriately the “Lesser Depression” would have just turned out to be a “run of the mill” recession. 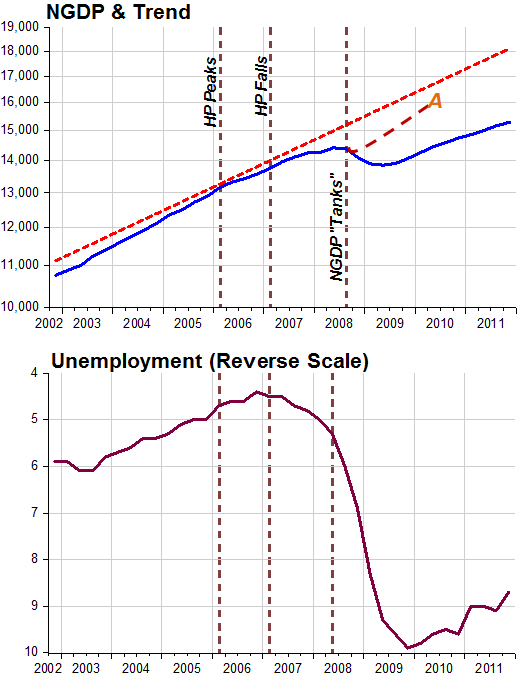 Does Bernanke mention any of that in his Lecture? No way baby. It would be akin to self-incrimination, especially because the Fed has the instruments to closely control the path of NGDP (nominal spending)!

More damming evidence against Bernanke´s story is presented in the Fixed Investment chart below (nominal values). Non Residential Fixed Investment plunges only when NGDP tanks. Note that by that time the drop in residential investment was just about over! 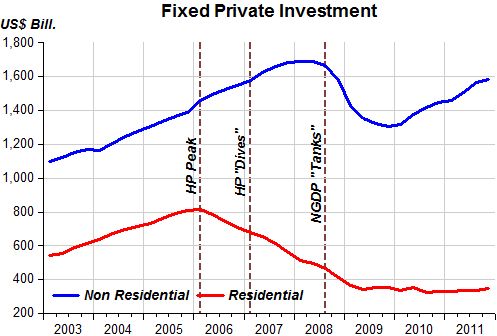 4 thoughts on “Bernanke gets it conveniently wrong”