Lately Mike Kimel at Angry Bear has been jostling with Scott Sumner about how fiscal policy better explains what got the economy going in 1933. His latest post on the topic says:

While I´m a firm believer in the importance of monetary policy I don´t believe it made much of a difference in the New Deal era. As figure 3 shows, changes in nondefense spending – hiring people to build roads, dams and the like, explain subsequent changes in real GDP growth rates exceptionally well from 1934 to 1938. This simple model explains more than 90% of the change in real GDP growth rates over that period.

OK, he finds a positive relationship among second derivatives (changes in growth rates) of the relevant variables, but in this “picture war” I think my pictures, showing LEVELS of variables and associating their behavior with the monetary policy reversal in March 1933 when FDR took the US off Gold and announced a “price level target”, are much more convincing. (Note: they come from this post from early this year). 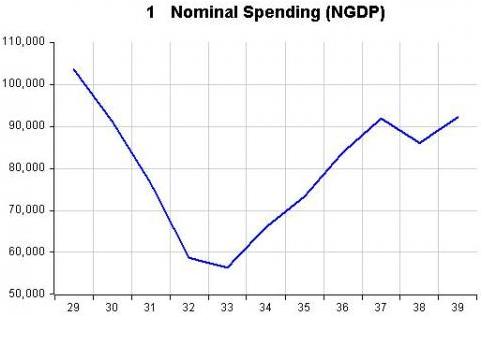 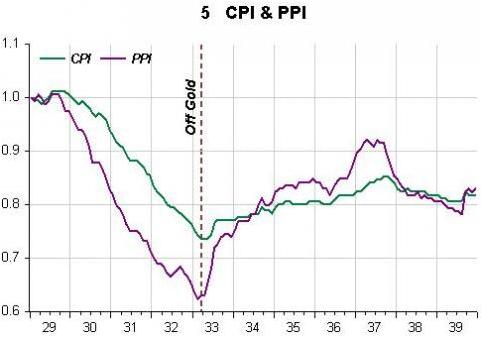 One thought on “A “Picture war””