David Beckworth has already covered this, but I couldn´t resist doing it after reading this Skidelsky piece on “The Consequences of Angela Merkel” in Project Syndicate:

Germany’s opposition to debt forgiveness is thus bad economics, bad politics (except at home), and bad history. The Germans should remember the reparations fiasco of the 1920’s. In the Treaty of Versailles, the victorious Allies insisted that Germany should pay for “the cost of the war.” They added up the figures, and in 1921 they presented the bill: Germany “owed” the victors £6.6 billion (85% of its GDP), payable in 30 annual installments. This amounted to transferring annually 8-10% of Germany’s national income, or 65-76% of its exports.

On top of it the figure makes clear the ECB works as if only Germany existed! 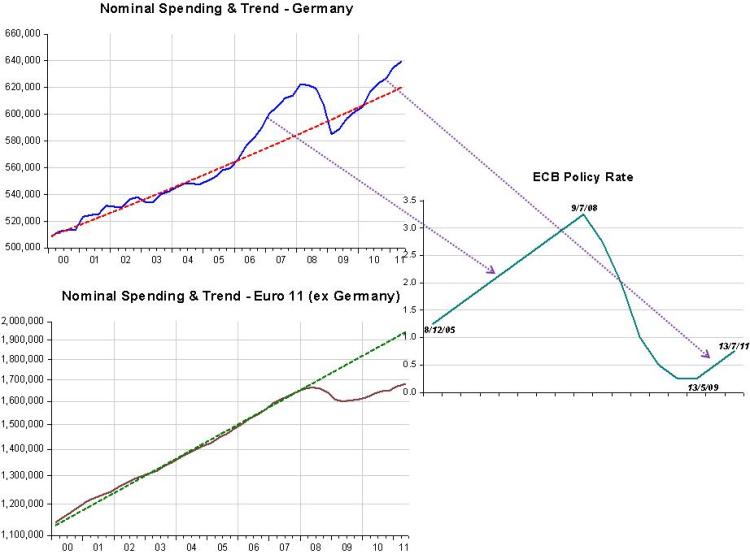 One thought on ““Revenge””