CHINA’S rise is, by any account, a remarkable story. The world’s most populous country, China represented an outsized share of global output for centuries prior to the Industrial Revolution. As the industrial west rose, China fell behind, then fell further behind amid occupation, revolution, and communist mismanagement. But then, about thirty years ago, China’s luck changed. Its leaders embarked on a path toward liberalisation, and its economy began to grow. Having fallen so far behind, China had plenty of ground to make up, and growth rates soared toward double-digits. It now seems likely that China will cross a symbolic but important threshold sometime in the next decade to become the world’s largest economy.

This growth story isn’t unique. The route from underdeveloped country to rapidly growing economy is increasingly well-trod. From the ashes of the Second World War Germany and Japan rose to become economic powerhouses. The Asian tigers followed, as did countries on the European periphery. China’s present rise is accompanied by strong growth in India, and other periods of catch-up may follow in Brazil or elsewhere in Asia. Africa may find its way into the game, as well.

“If the U.S. GDP per capita grows by 1 per cent, India’s will need to grow by 17 per cent, an almost impossible rate, and China’s by 8.6 per cent, just to keep absolute income differences from rising,” he observes. “As the saying goes, you have to run very, very fast just to stay in the same place. It is therefore not surprising that despite China’s (and India’s) remarkable success, the absolute income differences between the rich and poor countries have widened.” 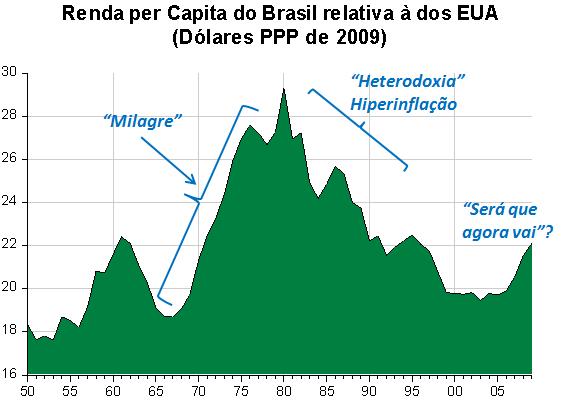 The  Global Agenda Council on Geopolitical Risk, an expert advisory group to the World Economic Forum, told the WEF’s gathering in Davos today that it thinks none of these is in fact the biggest economic worry. It is the rebalancing of global power from established economies to emerging giants. In particular, the group foreshadows “greater political and trade conflict between the United States and China”. Whether it is China’s quest for energy and resource security via investments in Africa or its increasingly muscular defence of its “near abroad”, the potential for proxy wars or even direct conflict looks set to grow.